Mini Reviews: Into That Forest & The Infinite Moment of US

I went to BEA in May with a wish list of titles I was hoping to get my hands on. I had limited luggage space and was trying to be discerning about which books I picked up. I had not heard of Louis Nowra's Into That Forest, but the cover compelled me to pick it up. How much do you love this?

Then the blurb on the back of the book: Two girls. Two tigers. Four years in the wild. Two girls survive a terrible flood in the Tasmanian bush and are rescued by a pair of Tasmanian tigers who raise them in the wild. Their story of survival is remarkable, as they adapt to the life of the tiger, learning to hunt and to communicate without the use of human language. When they are discovered and returned to civilization, neither can adapt to being fully human after their extraordinary experience. Totally believable, their story will both shock and captivate readers as it explores the animal instincts that lie beneath our civilized veneer.

This book is unlike anything I've ever read, maybe that's why it was the first book I chose from my BEA cache. It's the captivating story of two young girls, ages six and seven, who go out for a picnic with one of the girl's parents and are swept away in a flood. Although the parents are killed, the girls survive. The story of their survival, after being adopted by a pair of tigers is both fascinating and disturbing. Honestly, the scenes where they kill and savagely eat birds, sheep, rabbit turned my stomach. I admit, I had to skim those passages, and even still, I had trouble eating meat for several weeks afterward. [My husband always tells me I would never have survived if I were born a hundred years ago. Give me nice, clean, boneless, skinless chicken breast please.] Still, the way the girls and the tigers come to depend on each other and function as a real family is riveting.

Although this story is about two girls, I think with all of its adventure, boys would enjoy it too. And I'm betting they wouldn't get nearly as grossed out as I did.

The second book I read was The Infinite Moment of Us by Lauren Myracle. Hers was the first line I waited in at BEA and she was lovely to have a little chat with while she signed a book for me and another for my daughter (who was waiting in another line across the conference center.) I'm a sucker for a good, "meant to be" romance and with a title like that, I almost had to read this, right?! Plus, it alternates between the girl and the guy POV. I love seeing from both sides of the story. The sex scenes were pretty explicit (in the context of what I usually read, anyway) but somehow it didn't take away from the sweetness of the story.

From Goodreads: For as long as she can remember, Wren Gray’s goal has been to please her parents. But as high school graduation nears, so does an uncomfortable realization: Pleasing her parents once overlapped with pleasing herself, but now . . . not so much. Wren needs to honor her own desires, but how can she if she doesn’t even know what they are?
Charlie Parker, on the other hand, is painfully aware of his heart’s desire. A gentle boy with a troubled past, Charlie has loved Wren since the day he first saw her. But a girl like Wren would never fall for a guy like Charlie—at least not the sort of guy Charlie believes himself to be.And yet certain things are written in the stars. And in the summer after high school, Wren and Charlie’s souls will collide. But souls are complicated, as are the bodies that house them . . .Sexy, romantic, and oh-so-true to life, this is an unforgettable look at first love from one of young adult fiction’s greatest writers. 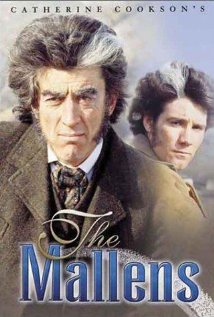