A while back, I read a story about a man with an extreme case of OCD. As a small boy, he recalls his father yelling at him for having left the lid off of a jar of jelly. That same night his mother dies. And in his young mind the two events become linked. He begins to think that his “mistake” of leaving the lid off actually caused his mother to die.
An overwhelming fear grips his life, as he comes to believe that one small misstep from him will cause loved ones to suffer or die. He becomes paralyzed – sometimes standing in place for hours – for fear of making the wrong move.

At its worst, Ed Zine's OCD kept him a prisoner in his own basement for years, unable to move forward in his life. His case is extreme to be sure, but to some degree we can all relate. How many times have we let fear stop us?
When Ed strays from his normal, “safe” daily routine, he performs elaborate rituals to “rewind” time to put himself back before the misstep took place.
You can’t read his story without thinking about your own life. Who hasn’t had regrets? Who wouldn’t want a do-over every now and again? Yet, life’s not really about going back. It’s about making mistakes and learning from them as we move forward. 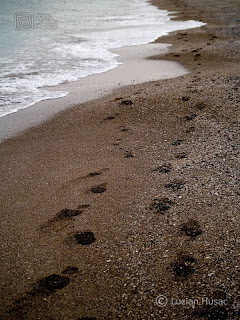 I’ll be delving into revisions this week. It’s been nearly two months since I’ve set eyes on my WIP. I think I’ve safely come through the dreaded “hate stage” and am ready to look at revisions not with the negative outlook of going back to fix mistakes, but with a hopeful eye toward moving forward, and getting closer to the goal of a finished manuscript.
How do you view the revision process?